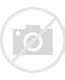 The local Ju Jitsu club –   meets in the concert room every Wednesday evening.    Why not pay a visit one Wednesday see how the young ones learn Ju-Jitsu  taught by qualified instructors. The pupils are taught self defence & discipline.

Brimington Social Club have for the last 16 years supported local table tennis player Liam Pitchford, during this time the club’s support has seen Liam rise to No.1  Senior in England and No.15 senior in the world (the highest ranked English player for 38 years) he has recently become the first English player to reach a World Tour Platinum final defeating the current World no.1 in the semi-final, as well as winning two medals at the 2010 Commonwealth Games in Dehli, three medals at the Glasgow games in 2014 including the first ever individual medal by an English table tennis player and three medals at the 2018 Gold Coast games including a gold in the Men’s Doubles. Liam competed for Team GB in London 2012 and Rio 2016 Olympic games. Liam has also won the English Senior Men’s National title four times. Liam led the England team to a bronze medal at the 2016 ITTF World Team Championships, the first medal won by an England team since 1983 and the first time a newly promoted team has won a medal at the championships and a bronze medal at the 2018 ITTF World Team Cup.

Our chosen charity is “Ashgate Hospice” for which we occasionally hold fund raising events.

This site uses Akismet to reduce spam. Learn how your comment data is processed.